When a people — the people of the United States — abandon the God of Truth and His Word, then they are unable to discern truth.   As a result they are easy prey to the lies of all the little anti-Christs. 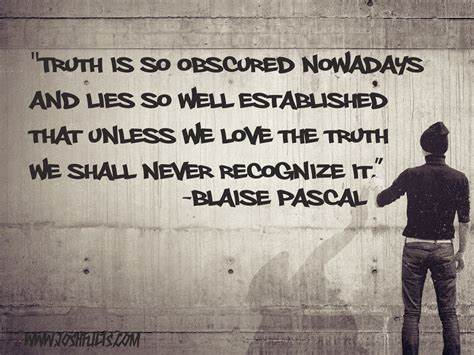 For some of us, it its simply astounding how a people can embrace  fundamentally wrong behavior, lies, and half truths.  They listen to the voice of  false prophets and off they go.

Lies we now believe because we reject Jesus Christ:

When people reject Truth — Jesus Christ and the Word of God — then darkness follows; that is where the United State is today.

There is no third path to greatness in a country. Either, we return to Jesus Christ and the Word of God,  or we are utterly lost, far down the road of destruction.

Like Loading...
This entry was posted in Uncategorized and tagged Bible, Fritz Berggren, Lies, Truth. Bookmark the permalink.