Question from a reader: “Hey Fritz, what is your interpretation of Romans 11? I’m currently trying to figure out what God means by saving all Israel and grafting them back in. It seems the mystery is to heal the blindness of the people of Israel in the last days.”

Answer: This is a great question and one I look forward to writing about. Of course, this could take a book in itself, but I’ll be brief.

First, start this by reading from Romans 9.  I’m very happy to say that Paul sets a precedent for the love of one’s own race.  For him they were his “brethren . . . kinsmen according to the flesh,” Israelites. (Romans 9:1-3)  He would rather be eternally damned if it meant salvation for his own race.  He repeats this in Romans 10:1.

And for this I say the same thing for the Whites, the Europeans — I would gladly give my eternal soul for their salvation, for they are my kinsmen according to the flesh for whom the Gospel was designed — it was to the Europeans that the care of the Vineyard went (Matthew 21:43).

Who is Israel?  Here are four answers to that: 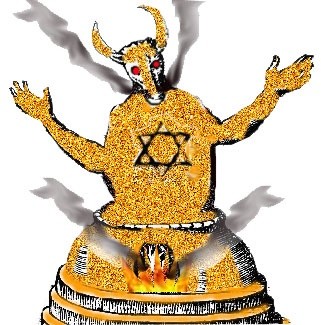 It is worth pointing out the the tern “Jew” in the Bible really emerges during and after the Babylonia Captivity (when Judah finally goes into captivity in Babylon about 586 BC).

Israeli philosopher and Biblical scholar Yehezkel Kaufmann said “The [Babylonian] exile is the watershed. With the exile, the religion of Israel comes to an end and Judaism begins.”[30]

After that time, the Bible speaks of “Jews,” rather that Hebrews or the sons of Israel.  According to the Jews themselves, Judaism really coalesced in Babylon, during the exile, and there is a clean break from the religion of Abraham, Isaac, Jacob, and Moses.  They formed Judaism and Talmudism in Babylon and carried that back out into the historic land of Israel when a very few of the “Jews” moved back to the land of Judea.  Millions of “Jews” never returned to the land of Judea.  And when they did they carried with them the “traditions of the elders” which is the Talmud, which is then written down some centuries after the destruction of Jerusalem in A.D. 70.  Jesus Christ hated those traditions (See Matthew 15:1-14)

The Jews of A.D. 2021 have no more racial/biological relationship with Jacob/Israel that you or I do.  Here is one reference of many to this:  https://theconversation.com/ashkenazic-jews-mysterious-origins-unravelled-by-scientists-thanks-to-ancient-dna-97962

“Askenazik” Jews are the modern Jews most people think of. Ashkenaz was a son of Gomer, who in turn was a son of Japheth (the Father of the Europeans).  So taking the Biblical naming convention on its own, an “Askenazik” Jew is not a Semitic people at all.  The “Semitic” people, technically, would come from Shem, who was the ancestor of Abraham.  So even the term “Anti-semitic” itself is shrowded in deception given that Ashkenazic Jews are not a Semitic people, but rather from Japeth.

Much has been written of modern European Jews are originating with a tribe of Khazars, again see the link above.

It is a fact that the Jews sought converts to their religion during and before the time of Christ. Jesus says this: “Woe to you, scribes and Pharisees, hypocrites, because you travel around on sea and land to make one proselyte; and when he becomes one, you make him twice as much a son of hell as yourselves.” Matthew 23:15.  So we know the Jews (as opposed to the original twelve tribes) actively sought converts.

Anyone today claiming to be a “Jew” is a Jew by religions conversion (of himself or an ancestor).  That Jews trace their lineage matrilineally (instead of through the father per the Bible), is illustrative of the gravity of their departure from the Holy Scriptures.  See John 5:46 and Matthew 15:1-14.

but they are not biological descendants of Abraham.  And even for those who may be, “not all of Israel are Israel,” but rather those of the promise, which means those in Jesus Christ.  The sons of Abraham, and the sons of God, are us in Jesus Christ. Galatians 3:6-9.   There is no salvation — no “chosen people” outside of Jesus Christ.   Many Christians have fallen into this trap, claiming that modern day “Jews” are God’s chosen people and the Jesus is necessary for salvation only to non-Jews. This is very wrong and deludes both Christian and potential convert — those Christians become Pharisees who are blind guides of the blind — BOTH will fall into a pit. Matthew 15:12-14.

The current state of Israel in the Middle East is an anti-Christ entity from their religion to their flag (featuring a demon star Acts 7:43) and the utter rejection of Jesus Christ.  Christians do Jews no eternal favor be acceding their demand that they are “God’s Chosen.”

Jews have advanced the notion that they are “God’s chosen” in order to deceive Christians into supporting them regardless of what they want or what crimes they have committed.  There is no sin of “anti-Semitism” in the Bible — this is a whole man-made sin made up by Jews, for Jews.  It forbids any criticism of any Jew under any circumstances. For example, to point out the Jeffrey Epstein and Ghislaine Maxwell are Jews, and the Maxell’s father was Israeli Mossad, is “anti-semitic” and should be punished. Pointing out the Jesus Christ was murdered by the Jews (Acts 7:52) is called “classical anti-Semitism,”  even though today’s Jews (see above) are not even a Semitic people.

Even Jesus Christ Himself called the Jews of two millenia  ago “false Jews of the Synagogue of Satan.”  (Revelation 2:9 and Revelation 3:9).

So who are these people of Romans 11 that Paul is talking about? Well, he is talking about himself: “I too am an Israeli, a descendant of Abraham, of the tribe of Benjamin.”  Note, at this point Paul makes no claim to being a Jew (although he does elsewhere).  He is simply saying that Salvation is available to the biological descendants of Abraham should they repent and believe in the Messiah like Paul did.

Romans 11 by no means claims that modern-day Jews are God’s chosen People; this claim is heresy in the Church advanced by the Judaizers. Paul fought tooth and nail against this who would suck the church back into this false religion.

Hebrews (not written by Paul) is equally clear on who the Israel of God is.  Believers in Jesus Christ have already “come to Mount Zion and the city of the living God, the heavenly Jerusalem.” (Hebrews 12:22-24).

Jesus Christ is the cornerstone of the Temple of God, the Church.  All who reject Jesus Christ —  unbelieving Jews and Gentiles — are damned eternally.  There is no special entrance for modern Jewry.  Judaism remains as anti-Christ today as it was when John wrote 1 John 2:22-23).

Concluding — yes, Paul is zealous for his own race and would trade his place in eternity of his kin (as I would for my kin, the Europeans). But Paul is also the number one enemy of the Judaizers (see Galatians),  and Jesus Christ and the Jews were the embodiment of the enmity that God place in Genesis 3:15.

Keep Romans 11 in context with the entirely of the four Gospels, the book of Acts, Galatians 1:12-13, and the Revelation, including Chapter 12.  The modern evangelical church has camped around Romans 11, much to the delight of the anti-Christ Jews; these Judeo-Christians have made themselves political, financial, and moral slaves to those who reject our Monarch Jesus Christ — they have chosen the wrong side.