There was oppression in the Land, when Deborah, a mother showed up:

There people were weak and wandering. They turned to other goda and were completely disarmed. The enemy had iron chariots — complete military overmatch. Yet people showed up for war when the call came:

The people of the Lord came down to me as warriors.
From Ephraim those whose root is in Amalek came down,
Following you, Benjamin, with your peoples;
From Machir commanders came down,
And from Zebulun those who wield the staff of office.
And the princes of Issachar were with Deborah;
As was Issachar, so was Barak;
Into the valley they rushed at his heels;

There were great searchings of the soul. Men weighed value of their own lives and made decisions. They left their wives and children and homes and businesses and farms and careers for a cause not likely to succeed.

Gilead remained across the Jordan;
And why did Dan stay on ships?
Asher sat at the seashore,
And remained by its landings.

But other tribes counted not their lives as too sacred to sacrifice:

Zebulun was a people who risked their lives,
And Naphtali too, on the high places of the field.

When God’s people showed up for battle and fought, only then were the angels released to fight on their behalf:

The stars fought from heaven,
From their paths they fought against Sisera.

Those that did not show up for the war were despised by God and cursed: 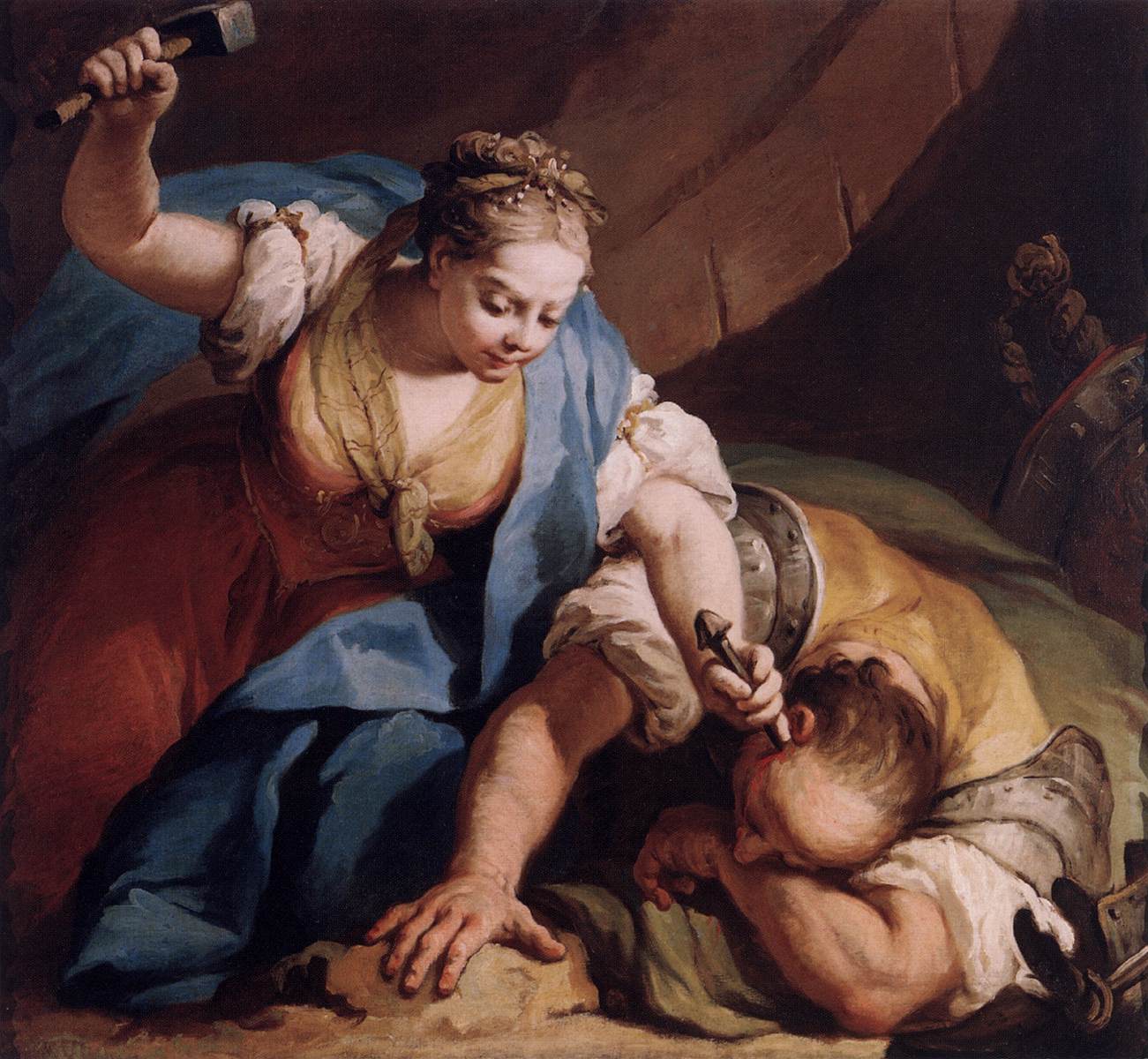 Jael was a housewife:

Most blessed of women is Jael,
The wife of Heber the Kenite;
Most blessed is she of women in the tent.
He (Sisera, the enemy) asked for water, she gave him milk;
In a magnificent bowl she brought him curds.
She reached out her hand for the tent peg,
And her right hand for the workmen’s hammer.
Then she struck Sisera, she smashed his head;
And she shattered and pierced his temple.
Between her feet he bowed, he fell, he lay;
Between her feet he bowed, he fell;
Where he bowed, there he fell dead.

Sisera did not return from battle. His nation, his family, imagined that he delayed only because Sisera had defeated the enemy. Sisera’s mother and the young women imagined him raping, plundering and killing:

“Out of the window she looked and wailed,
The mother of Sisera through the lattice,
‘Why does his chariot delay in coming?
Why do the hoofbeats of his chariots delay?’
Her wise princesses would answer her,
Indeed she repeats her words to herself,
‘Are they not finding, are they not dividing the spoils?
A concubine, two concubines for every warrior;
To Sisera a spoil of dyed cloth,
A spoil of dyed cloth embroidered,
Dyed cloth of double embroidery on the neck of the plunderer?’

There is no universal peace except under the Prince of Peace, Jesus Christ:

May all Your enemies perish in this way, Lord;
But may those who love Him be like the rising of the sun in its might.

Years ago, an acquaintance told me that he despised Alex Jones.
My acquaintance was a man of Meroz.
Alex Jones showed up for battle.