— The beauty of Abraham’s physical line.
— Hagar’s line, including the seek of Ishmael, as Egyptian and not of the promise.
— Genesis 20 and 21.
— Mocking: They mocked the child of promise and were cast out.
— Galatians and John

Spirit of the Anti-Christ

The anti-Christ is much more than a person some are waiting for, it is a world spirit that inspires empires and has been around for 2000 years.  I’m concerned that Christians are bowing to the spirit of the Anti-Christ while waiting for an individual to show up.  Studies on 1 John 2, 1 John 4, 2 Thes 2, Daniel 7, Daniel 11, and Revelation 13.  The great apostasy was the rise of atheism in the heart of Christendom — the falling away already happened.  Every aspect of the Anti-Christ can be found in today’s world empire of atheism.  Consider “666” as representing corporate man in defiance of God.

I’m worried that many Christians honor the Anti-Christ by distancing themselves from the Word of God — Jesus Christ — in an attempt to placate the anti-Christ spirit of Judaism.  The Church is doing exactly what Christ warned against — erecting a set of oral traditions that overrule the Word of God.  That is what the Jews did: the Talmud overrules the Torah.  “Christians” overrule the Word of God with oral traditions such as “Thou Shalt Not Be Racist, Homophobic, Queerphobic, Transphobic, Intolerant, Divisive, Anti-semitic, Islamophobic, etc.”  So instead of preaching what the Word says, the are ashamed of the Word of Christ.

Matthew 15:1-9 is the chastisement of the Jewish leaders for abandoning the Word of God for their traditions (which becomes the Talmud).

Matthew 16:11-12 Jesus warns against the doctrines of the Pharisees.

Revelation 2:9, the Words of Jesus.

Revelation 3:9, The Words of Jesus, which are a repeat of of Isaiah 60:14.  Jews are not God’s chosen people; the confessing and baptized believers in Jesus Christ, the Son of God, Messiah, are the chosen ones. The Christian Church is the bride of Christ. The Church is  the Holy Race.

Part 1: Democracy no longer means that the people have a voice in their own government. It now means pre-determined (by the Left) policies including open borders, LGBTQ, abortion and the suppression of Christianity.

Part 2: “Is the New Testament Anti-Semitic?” I agree with Jews who argue directly from the “New Testament” that the Bible is utterly contrary to Jews and Judaism.   I review an article from the Jerusalem Post arguing this point.  I also  highlight the Jewish project to “ensure that any anti-semitic verses . . . be formally repudiated.”

This is exactly what is means to allow the Leaven of the Pharisees into the Church.

Bride versus Whore. Christ versus Anti-Christ.

If you, Evangelical, have united yourself with this False Wife of Babylon, come out of her.  Do not share her plagues. 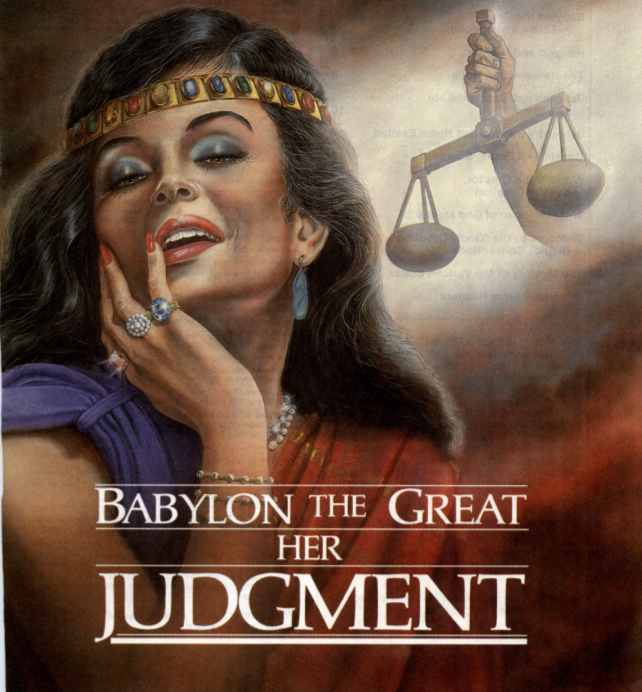 The Great Falling Away, the Sons of Hell, and the Anti-Christ

The Great Falling Away already happened — it is the previous three centuries as Christendom became the secular West.

The son of Perdition, the Anti-Christ, has been with us for centuries. Those who reject Jesus Christ as the Messiah embody the spirit of the anti-Christ.

Christians serve the Anti-Christ by exalting a religion and people who reject  Jesus Christ.  The leaders of Judaism are the offspring of the serpent destined to hell.  When a nation person converts to Judaism they become “twice the sons of hell.”

The Anti-Christ, whose number is “666,” represents corporate man unified 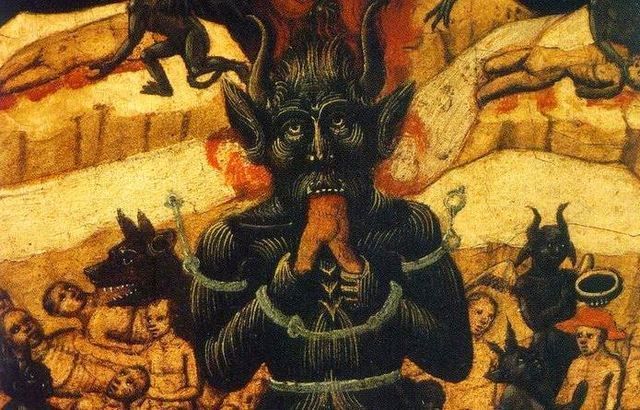 in rebellion against the Christ. The first post-Flood anti-Christ was Nimrod.  The anti-Christ people two thousand years ago were the Jews.

The anti-Christ spirit  is always a return to Babel along with Satan’s false wife, the Whore of Babylon who presents herself as the “chosen” one, but who is utterly unfaithful to Jesus Christ.

The anti-Christ spirit dominates the world today and shrouds itself in a spirit of righteousness and morality.  Those of the Anti-Christ are holier-than-thou in that they proclaim themselves to be against all evil in the world.  Their false morality is to be against racist, sexist, homophobic, transphobic, queerphobic, intolerant, divisive, anti-semetic and islamophobic people.  They completely invert the Truth — they are anti-Christ, the inversion of Christ and His Word.

The nominal Church yearns to be friends with them, adores them, and are of common spirit with them; and so they are at enmity with God.

They hate White people not because they are White, but because White people are the vestiges of Christendom and they deeply and correctly fear it’s resurrection (Ezekiel 37).  Many have spoken of a great last-days revival — that is what Anti-Christ fears and that is the vision of the valley of dry bones coming back to life.

There is no life or truth except in Jesus Christ, who is the Word of God, the Son of God, the Annointed One, the Messiah.  All others are liars.

Woe unto you, scribes and Pharisees, hypocrites! for ye compass sea and land to make one proselyte, and when he is made, ye make him twofold more the child of hell than yourselves. Matthew 23:15

Let no man deceive you by any means: for that day shall not come, except there come a falling away first, and that man of sin be revealed, the son of perdition. 2 Thes 2:3

and every spirit who doesn’t confess that Jesus Christ has come in the flesh is not of God, and this is the spirit of the Antichrist, of whom you have heard that it comes. Now it is in the world already. 1 John 4:3

You are of your father the devil, and you want to do the desires of your father. He was a murderer from the beginning, and does not stand in the truth because there is no truth in him. Whenever he tells [a]a lie, he speaks from his own nature, because he is a liar and the father of [b]lies.  John 8:44

29 “Woe to you, scribes and Pharisees, hypocrites! For you build the tombs for the prophets and decorate the monuments of the righteous, 30 and you say, ‘If we had been living in the days of our fathers, we would not have been partners with them in shedding the blood of the prophets.’ 31 So you testify against yourselves, that you are [aa]sons of those who murdered the prophets. 32 [ab]Fill up, then, the measure of the guilt of your fathers. 33 You snakes, you [ac]offspring of vipers, how [ad]will you escape the [ae]sentence of [af]hell? Matthew 23:29-33

Aftershow: Be a Bumble Bee

Posted on June 5, 2022 by admin
Posted in Uncategorized | Leave a comment

This story is as much about Lot as it is about the Sodomites that God destroyed.
Don’t be like Lot. Lot called the Sodomites “brothers,” but they the Sodomites only considered lot one of them as long as he remained silent and accepting of their evil.

Flee Sodom by raising your voice against evil.
Do not be like Lot and hesitate.
Do not look back and long for that false unity and false peace.

Lot, though his soul was righteous, had an earthly legacy of two evil nations, Ammon and Moab.  Why? Because he made friendship with the world a higher priority than resisting evil.

Lot was sent to Sodom to testify against it.  Instead, he embraced the “diversity,” and practiced “tolerance.”  Don’t be like Lot.